MIES FOR LONDON
Congratulations to our Master, Roger France for inviting Peter (Lord) Palumbo to speak to us about his (and our) architectural hero, at a convivial luncheon party held on board the sturdy Thames sailing barge ‘Ardwina’ at St Katharine’s Dock on 7th July. What we heard was not only a compelling impromptu chronicle about one of the most intriguing architectural ‘might have beens’ of the postwar rebuilding of the City of London, but was also a personal Odyssey in pursuit of architectural excellence. ‘MIES FOR LONDON’ proclaimed the Evening Standard, when the commission was publicly announced: today no journalist would chance his arm on such acclaim of modern architecture, and the message would circulate through myriad texts of ‘MIES4LONDON’. 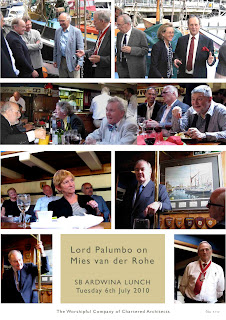 Speaking quietly, without notes or any visual imagery, Peter Palumbo kept us enthralled for 45 minutes as he recalled his close encounters with (Ludwig) Mies van der Rohe (1886-1969), one of the true greats of heroic modernism. It was all bound up with the development history of one of the most challenging sites in the City of London, a wedge form tract between Poultry and Queen Victoria Street at a multi-branched intersection, which included, among other buildings, the Bank of England, the Royal Exchange, Mansion House and the (then) Midland Bank headquarters, the last designed by Sir Edwin Lutyens, built 1924-39. 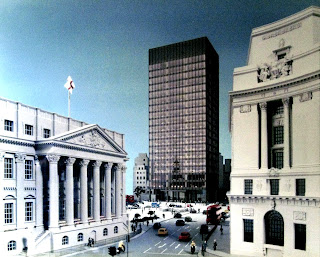 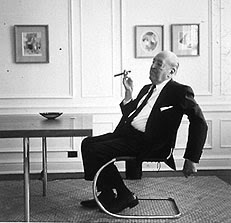