Below are a few pictures of the newly-opened One New Change, the shopping and office complex erected by Land Securities with French architect Jean Nouvel as designer.  It is located on the junction of Cheapside (the ancient shopping street of the square mile) and New Change, facing the east end of St Paul's Catherdral.


Try registering your opinion of it in the survey on the right hand column....... 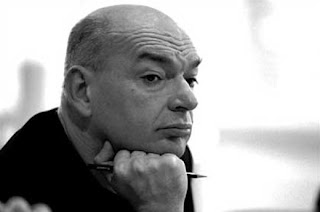 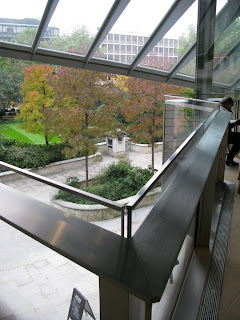 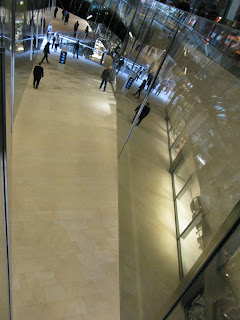 thanks for voting;
at present the majority (of 4) are less than thrilled .... what do YOU think? 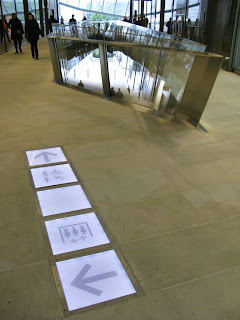 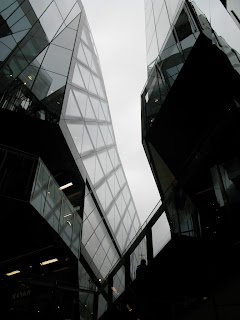 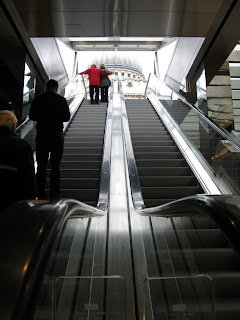 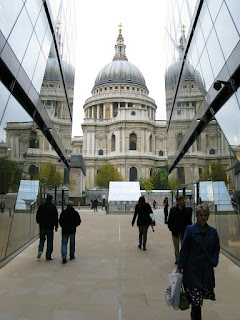 ***
7 December 2010
Below are a few pictures taken from One New Change's newly-opened roof terrace. Splendid views of some of London's new tall structures, as well as the cathedral.
The Shard and the Heron Tower in particular.
The very modesty of Jean Nouvel's addition to the City stands in contrast to the braggadocio of Mr. Piano's forte in the borough of Southwark. 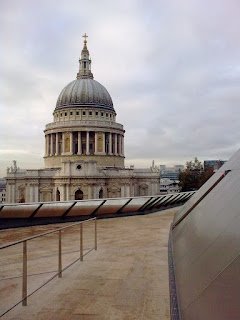 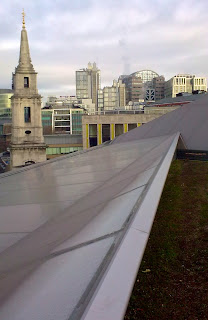 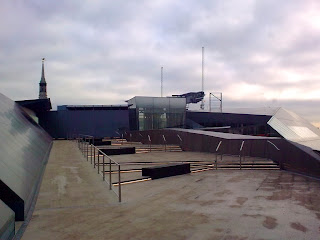 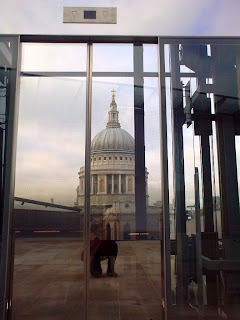 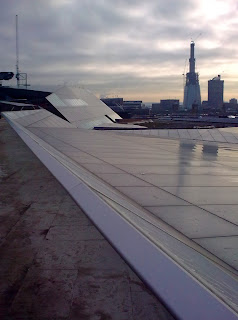 Futurism from Italy and elsewhere

Recently received as a gift was a monograph (2003) on Antonio Sant' Elia, a Trentino-esque architect and almost engineer before the First World War. Born in Como in 1888, Sant' Elia trained at the Castellani School of Fine Arts there before moving to Milano, where he became involved with the Futurists, an avant-garde of the arts and sciences, more or less based upon Marinetti's manifesto.
Sant' Elia had little chance to practise architecture and design, but he developed many proposals modeled somewhat after Adolf Loos or Otto Wagner and the other Viennese Secessionists. His sketches presaged much of (more) modern architecture. His earliest facade drawings are clearly Art Nouveau, with elements that could have come from Mucha paintings, although his later ones are nearly Brutalist and certainly designed for concrete construction. The drawings, structurally sound and beautifully rendered and coloured, are gorgeous. There is even one of his designs that looks like the Hoover building on the A40(M) in London.
The man spent much time considering the 'modernist' (early 20th century, mind) city, and his designs for the La Citta Nuova are exemplary. Perhaps only his early death at war stole from us a future 'architectural genius'?
There will be further posts on the topics of Futurism in and around northern Italy, as there have been many visits to the Trentino-Alto-Adige this year!
Posted by Patricia Stefanowicz BSc(Hons) MArch PE MW at 10/18/2010 09:45:00 am 1 comment: