click on the images to enlarge them into a new window

The winners of the Jonathan and Victoria Ball* Award, the Drawing Prize for 2012 were: 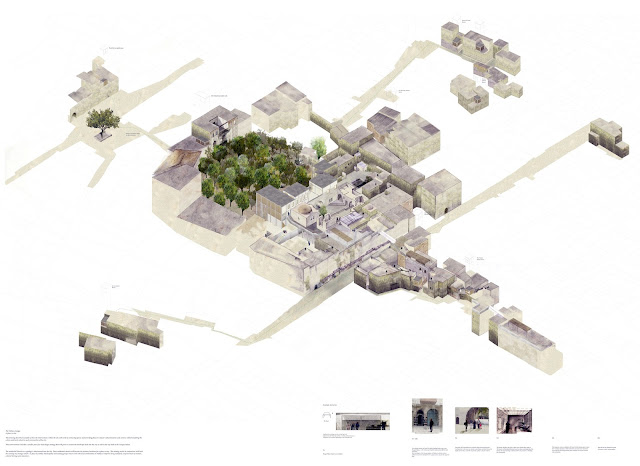 The Touqan Palace, a ruined 17th Century fortified palace in Nablus, is proposed as the public epicentre (incorporating community spaces and artists’ studios) of a network of interventions across the city. The interventions increase connectivity and facilitate existing activities at roof top level. Rooms added to existing buildings in the Old City provide a place to stay for cultural and ethical tourists, creating the possibility for cultural exchange and providing an income for local families. 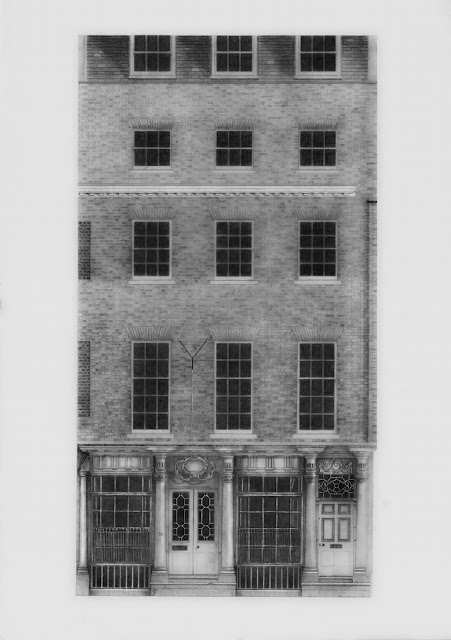 56 Artillery Lane is a fine example of a Georgian East London merchant's building. It was built  around 1690 on land that was previously a weapons practice ground. Later, in the 1750's, the buildings were transformed into luxury shops in the Rococo style by Huguenot silk merchants, protestant settlers from France. 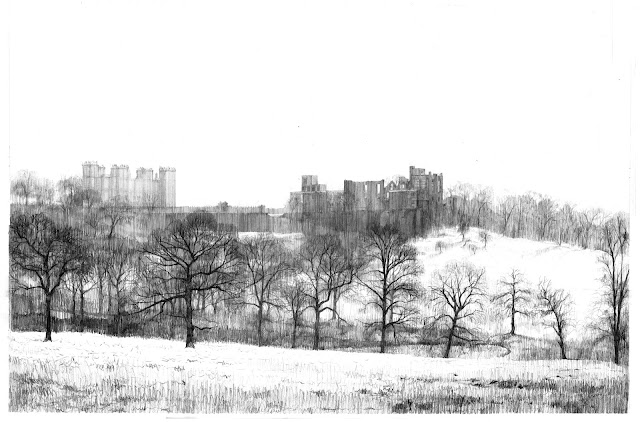 The drawing illustrates a proposal of a new building within the estate of Hardwick in Derbyshire. It was important that the drawing conveyed the landscape of trees and parkland. The topography staggers up a natural embankment before levelling at a flat plateau. The existing Elizabethan houses known as Old Hardwick Hall and New Hardwick Hall form a skyline on the plateau edge. The new building sits between these halls, mediating them in scale and proportion.

and RIBA Part 2 'runner-up'; Haiwei Xie of the Royal College of Art

The drawing shows an integration of architecture and landscape, which is the result of The B.R.I.C House proposal --- an alternative housing strategy, centred around the idea of a “public living room", for the Chelsea Barracks site in Westminster. Employing “family tree urbanism” as an organisational strategy, houses are located around an organic water-scape that is based on a rigorous analysis of the culture of the B.R.I.C nations. The intention is to create a high-quality but low-price, high-density but low-rise housing development aimed at a diverse and multi-cultural society.