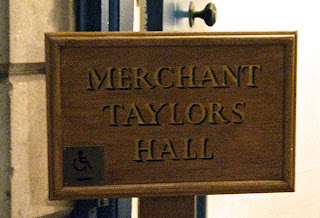 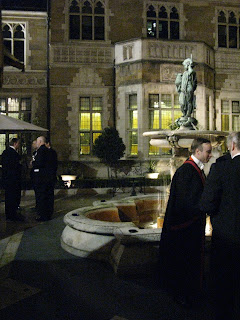 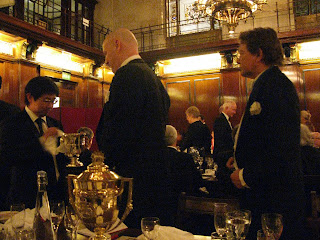 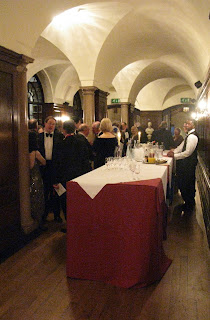 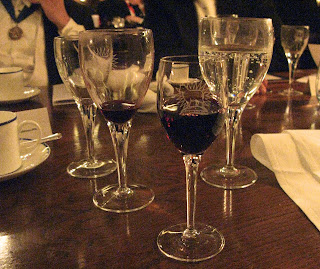 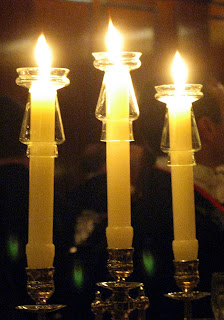 The winner of the Company's 2010 Stuart Murphy Travel Award - Linda Hagberg - gave a presentation based on her travels to an audience of students and members of the Company at Westminster University recently. A written report has been promised by the Master of Students.
In the meantime, the Master is seen here posing what was described as an awkward question following the presentation 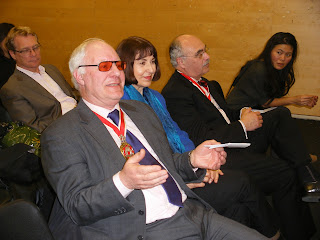 while Linda is thinking before making her response. 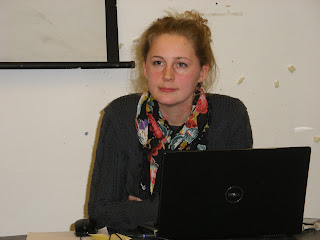 It was pancake day (and a nice bright, blue skied one at that) so what else was one supposed to do other than toss pancakes?


What has now become a regular feature in the civic calender - the annual Inter Livery Pancake Race Festival was held in Guildhall Yard on Shrove Tuesday - 8th March.Such has been the success of the event over the years Companies no longer have to prove that they have a connection to the making of pancakes (however tenuous) to make the starting grid - there is a ballot for places.
This is serious business - A former Lord Mayor is on hand to set off the events, the races are started by a representative of the Gunmakers' Company using a splendid miniature cannon and timings are recorded by the Clockmakers' Company, Cooks are on hand etc. Serious City officers keep a beady eye on infringements and one contestant suffered serious penalties for contravening the Health and safety Regulations by not wearing the requisite gloves.
Sadly, the Chartered Architects failed in its bid to be allowed to field a team and found themselves relegated to the second division as starters in the Wooden Spoon Race. 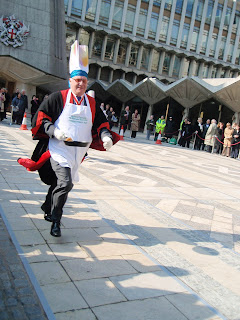 The Master, cheered on by Team Captain - Mrs Valerie King and the Clerk - having drawn the favoured inside lane, ran a valiant race and was demonstrably ahead at the half way mark having not put a foot wrong or missed a pancake toss up to that point. Sadly, he had peaked too early and failed to get to the line at the front of his other contestants. It was, it must be said, a valiant effort.

There is a point to all this - the proceeds from the entry fees go to support the Lord Mayor's Charity. In addition to a Master race, there is a Liverymans' race, a Ladies race and a novelty race - competitors for the last of these had to costume themselves in sympathy with Lord Mayor Michael Bear and his Charity. There were several ursine costumes and even one giraffe. The photo below should give a flavour of the carnival atmosphere. 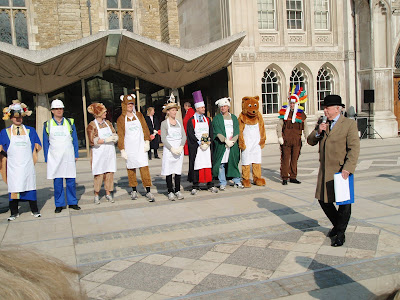