The works underway at the Great Hall of Lambeth Palace

The WCCA webmaster (and amateur snapper) was formally allowed to take a few discrete pictures of the Master's Reception held at Lambeth Palace in early afternoon of 27 November - Thanksgiving Day for our ancient colonists of the New World.  A large group of architects and chums were shown around in parties of 25 by three of the Palace's guides. The tour was prefaced by a light luncheon in the Guard's Room, the main entertaining hall today.  It is unusual for the palace to host such a visit, although the buildings may otherwise be visited on summer Thursdays and Fridays.

We would recommend a visit to the annual garden Fête held in midsummer.

The palace's garden is the second largest in central London after that of Buckingham Palace itself.

Many thanks to the Master, Geoffrey Purves, for arranging a memorable event. 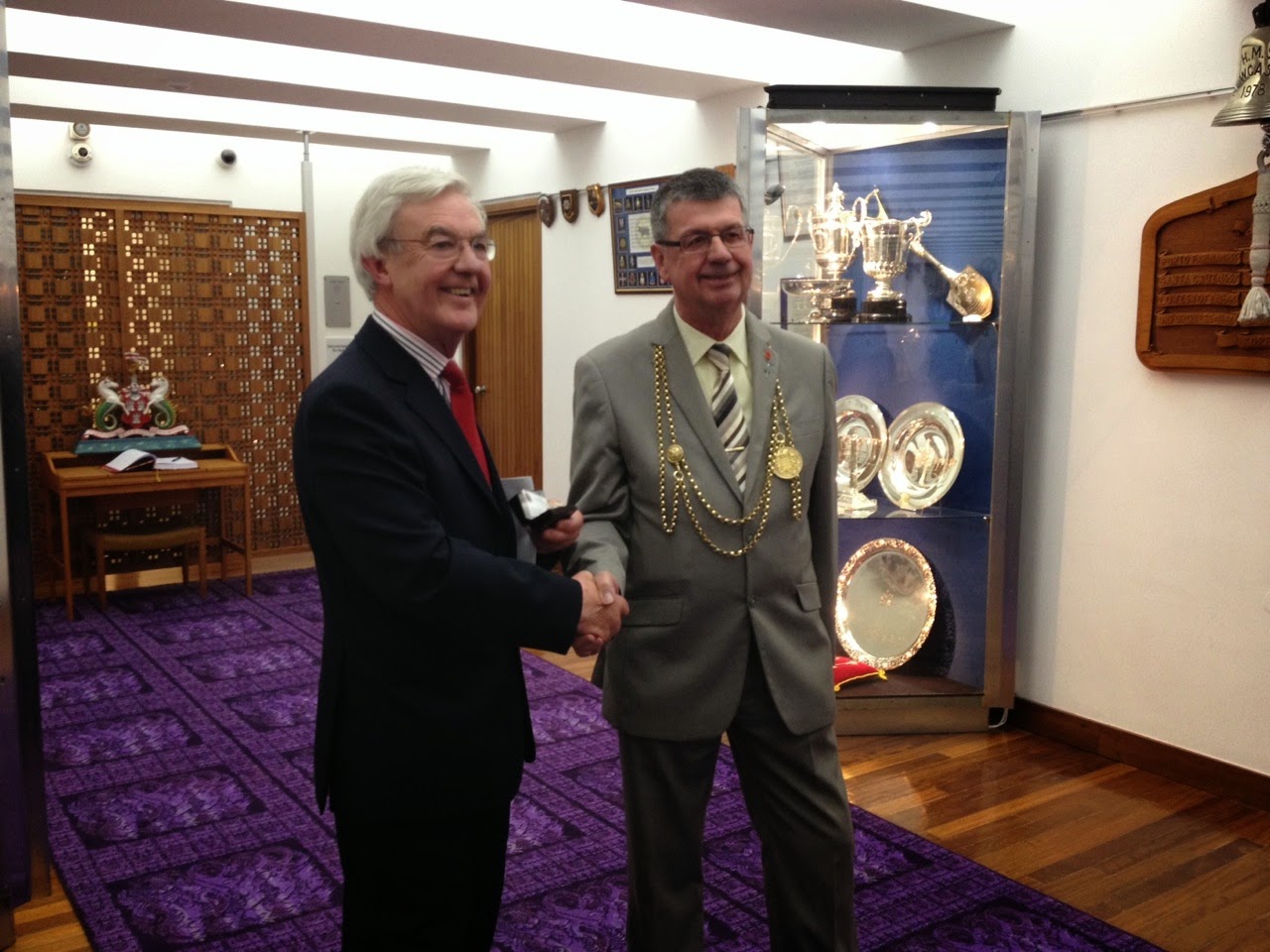 The Vikings have arrived

Meanwhile in the crowd

Sorry - no vikings or WCCA yet! 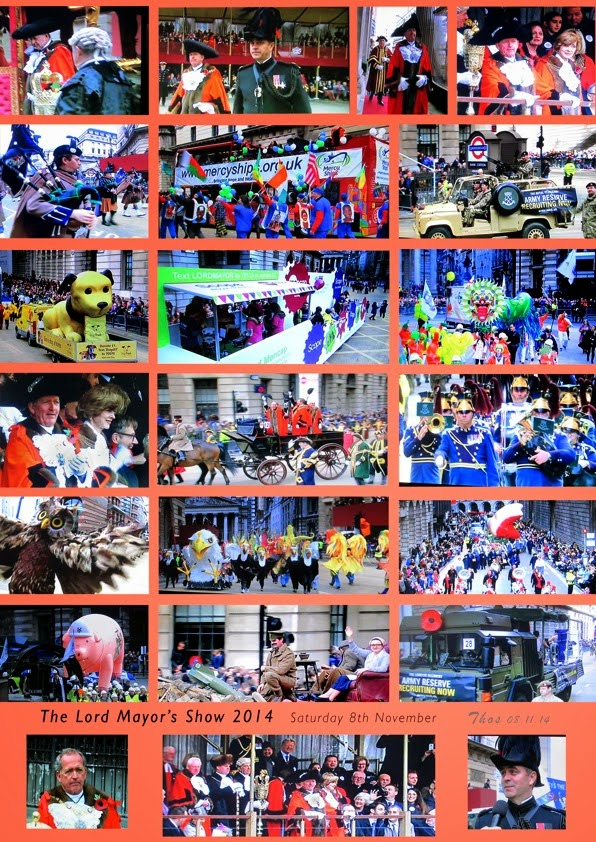 The long range weather forecast had said heavy showers between 11.00 and 2.00 - just the time that the Lord Mayor’s Show takes to wend its way from Mansion House to the Law Courts in the Strand and back again. The WCCA’s stalwart representatives - Master Geoffrey Purves, Student Dominic Edwards and yours truly - were prepared for the worst, but in the event the rain held off and we returned to base dry and elated after a most enjoyable day's outing. The streets were lined with crowds: scout troops demanding high fives from passing liverymen, friends shouting recognition as the party passed by and tourists agog at the fascinating rituals of this ancient place.

The modern companies walk rather than ride in a float. Architects, Engineers, Constructors, Information Technologists, et al gathered in London Wall ready to set off at 11.00am. We marched past the new Lord Mayor on his dais outside Mansion House - he didn’t see us because he was being interviewed by a Japanese television station - past a busy St Paul’s - devoid of anti-bank protestors in spite of warnings that Russell Brand had been tweeting to stir people up - and up Fleet Street.

While the Lord Mayor attended a grand lunch in the Law Courts in the Strand, the Companies enjoyed a sandwich and a glass or two of champagne on HMS Wellington courtesy of the Master Mariners. The jolly representatives of the Pipemakers enjoyed a leisurely puff.

We were blown back along the Embankment; Dominic struggling to hang on to the Company’s sign - next year, we decided, we should have a flag. We returned to The Master’s very convenient apartment on Upper Thames Street, and soon after the heavens opened.

poppies for 888,246 dead
Blood Swept Lands and Seas of Red 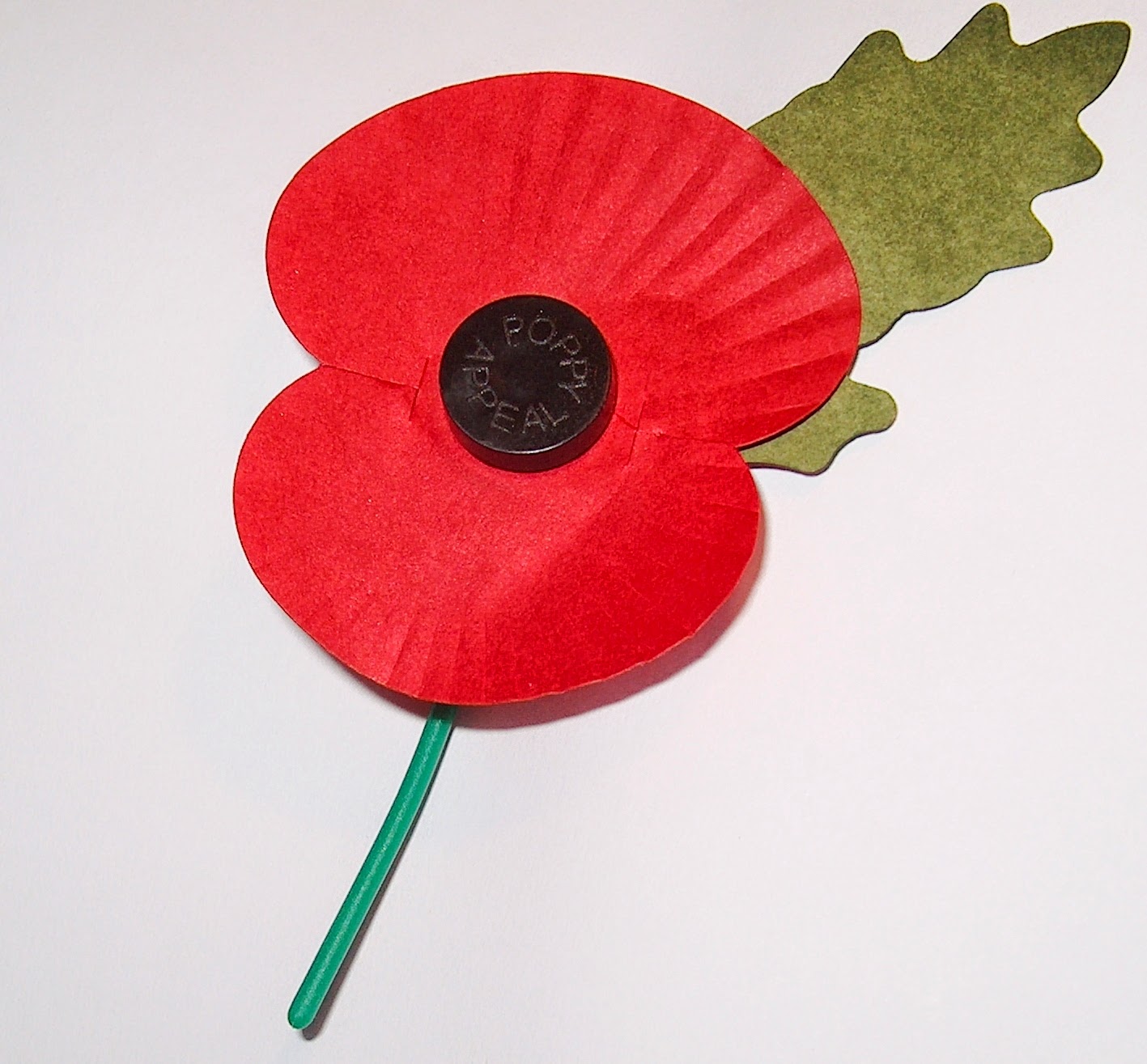 3rd November 2014 - a grey London Monday morning.
Each ceramic poppy below commemorates a life lost in The Great War by a British or Colonial Soldier...
not the wounded, nor the 'shell-shocked',
nor the German dead, nor the French, Itatian, Russian, Turkish, Serb, Austrian….

We all find very large numbers hard to visualise -
but not today at the Tower of London. 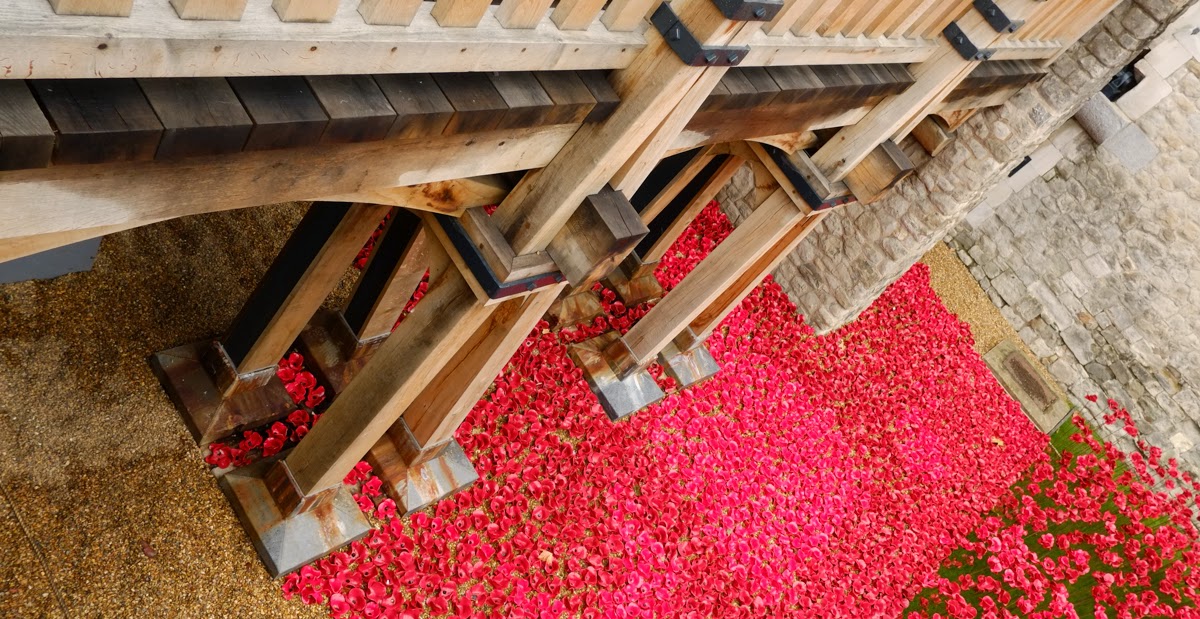 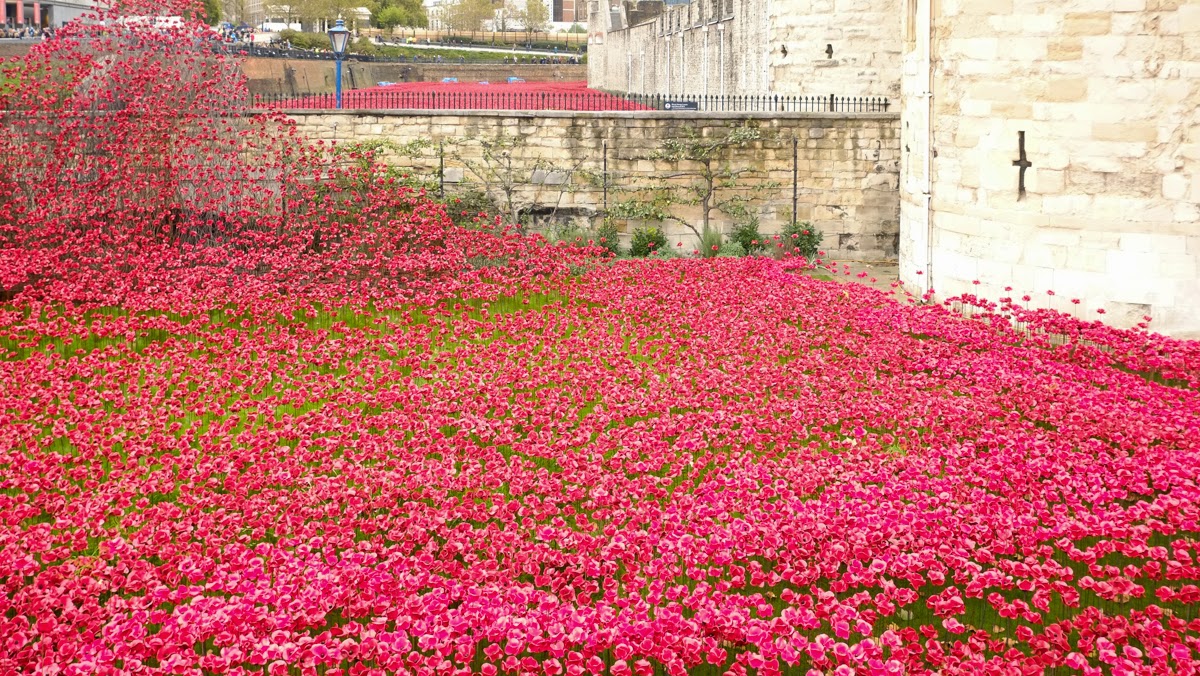