A visit to the Middle Temple

The guide was excellent and the sheltered environment in some of the court yard spaces allow lush and tender vegetation to flourish.  The garden of the Master’s Lodge was particularly attractive.  At the end of the tour a short but interesting discussion took place in the Minstrel’s Gallery of the Middle Temple Hall – the training of barristers is highly competitive but relatively short; the training of architects takes much longer.  The guide struggled to find diplomatic responses to the relative differences, strengths and weaknesses between two great professions – the law and architecture! 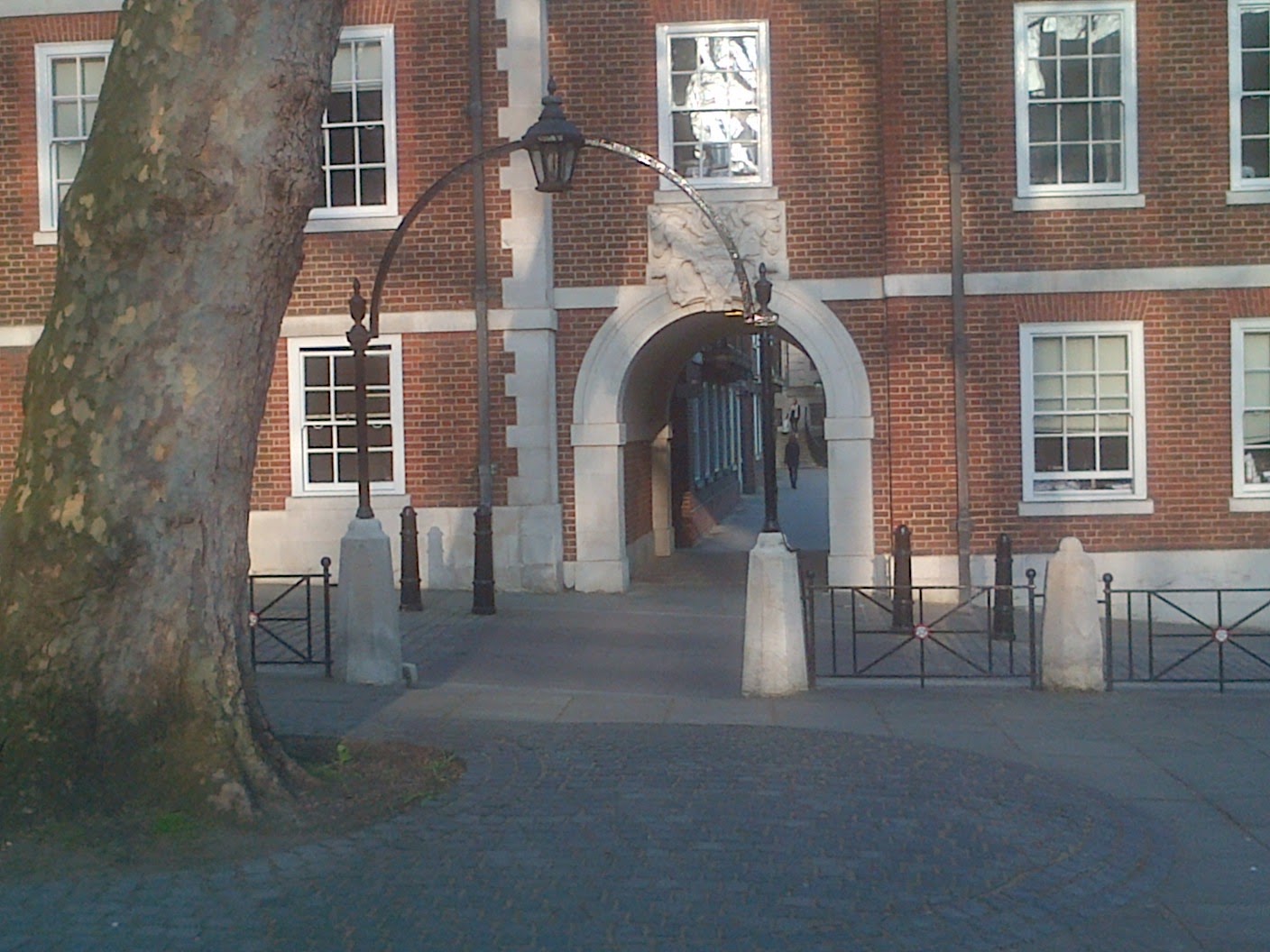 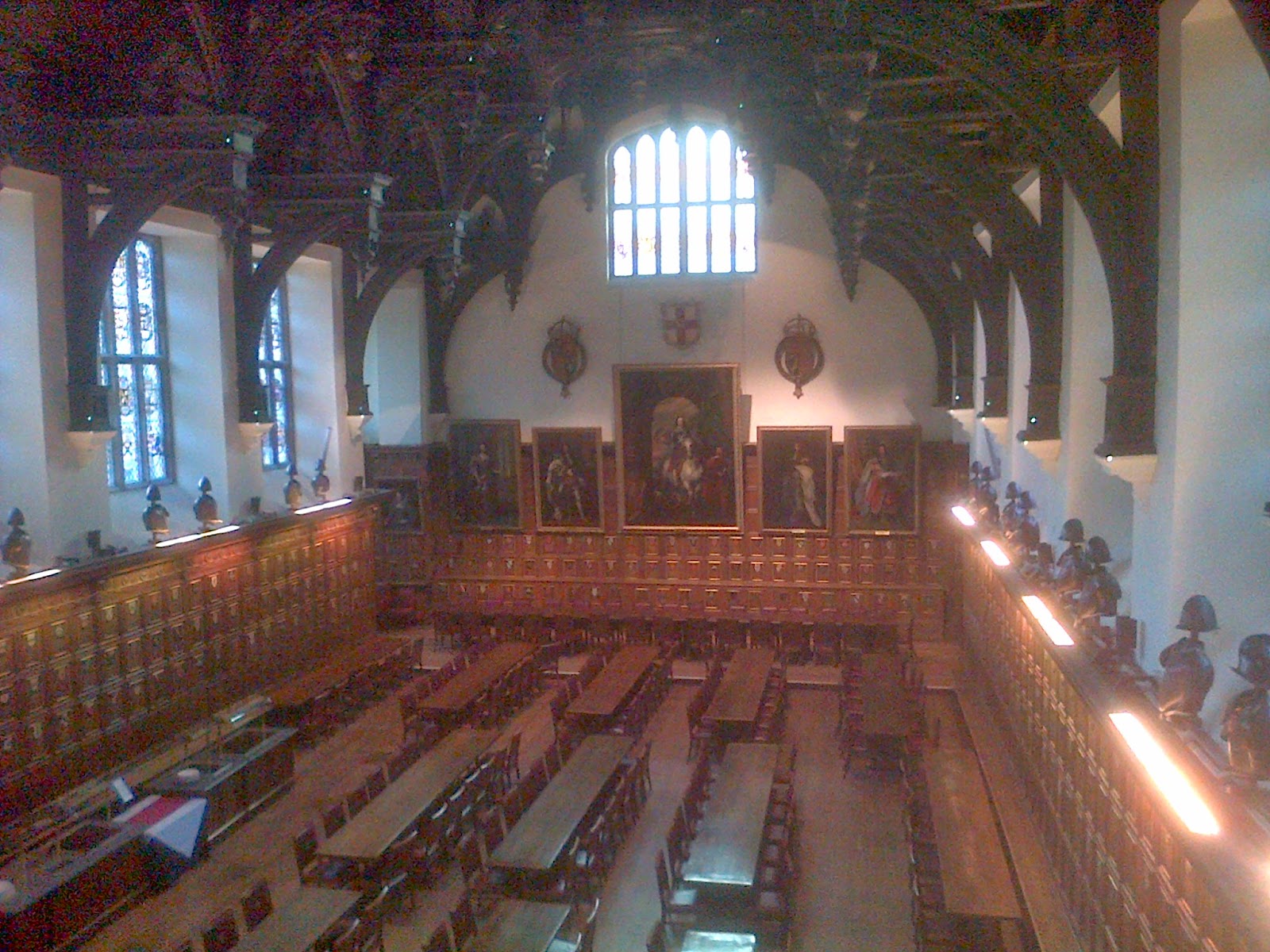 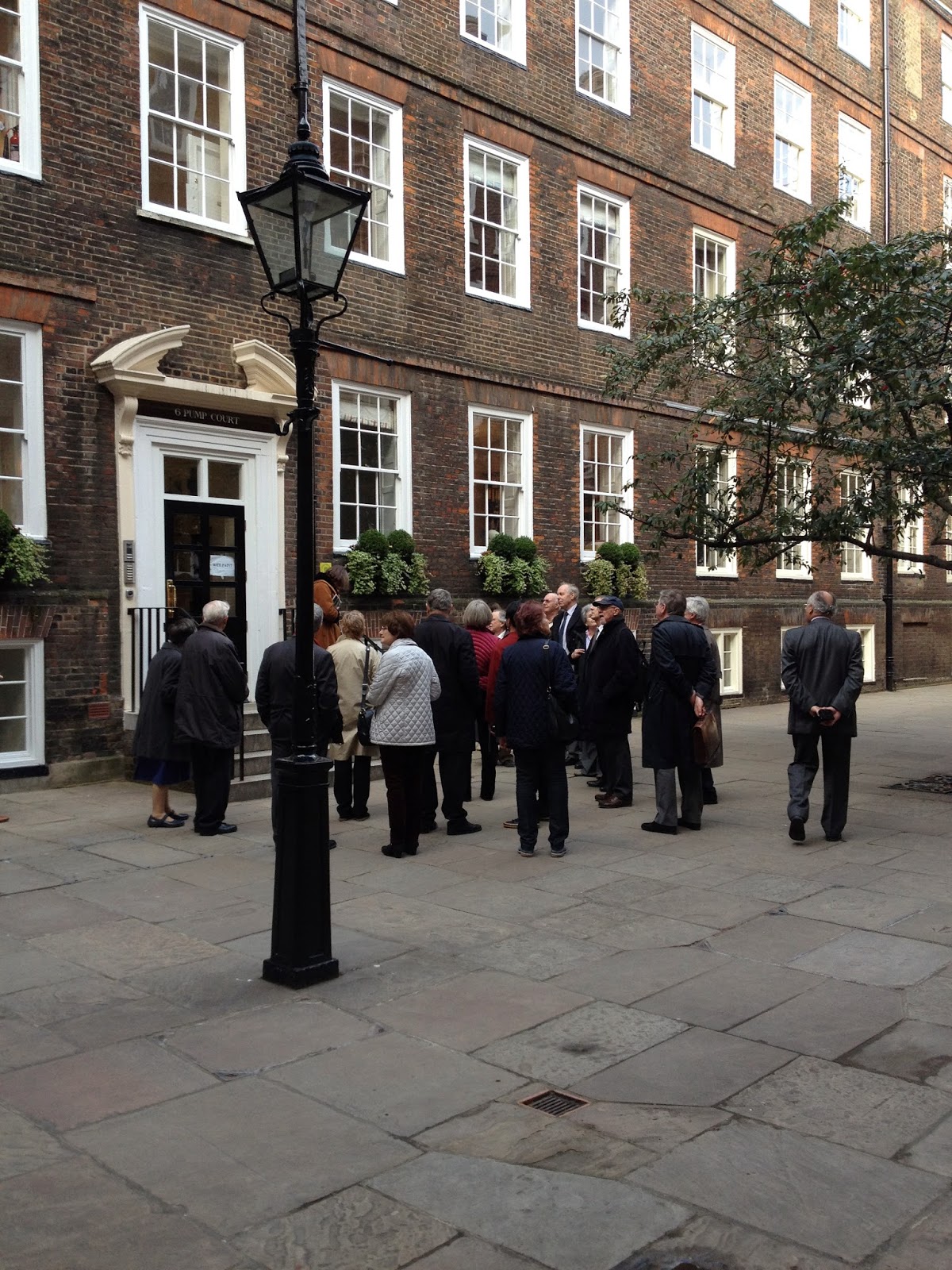 In 1883 Captain Sir Eyre Massey Shaw, the first Chief Officer of the Metropolitan Fire Brigade (MFB), set about the introduction of a new uniform for the firemen of his brigade.

It included a new navy-blue double-breasted tunic with brass buttons and a MFB badge, together with leather fire-boots and an axe and pouch on a heavy leather belt. But the crowning glory was the new MFB brass fire helmet.

Captain Massey Shaw designed the helmet as a more compact version of the French 'pompier' type but without projections. It had a small front peak, large neck curtain and a comb top section. This was to help protect the wearer’s neck and ears from falling debris.

This style of helmet, much copied by British fire brigades, became the Victorian symbol of a firefighter, and was to last into the 1930’s when helmets began to be replaced by the lighter cork version. Additionally, the introduction of mains electricity into buildings made the wearing of a metal helmet somewhat dangerous on occasions!

Befitting his rank of Chief Fire Officer, Massey Shaw’s helmet was made of silver, a standard copied by many other British fire brigades, for their officers.

The silver helmet on show today, whilst its origins are unknown, is typical of the Victorian period. In 2003 it was presented to the then Master of the Worshipful Company of Firefighters, Colin Livett BEM, by Liveryman Ronald Bentley. It bears the insignia 'Master' together with the Livery Company number 103.

In memory of Ronald Bentley, now deceased, it is a very treasured possession of the Firefighters Company.

The WCCA Master was allowed to wear it for a photograph at the Firefighters' Dinner on 26 February. Not very flattering to either, really...…..

3 days in February (or bits thereof)

11 February
At the RIBA. The Milo Lecture was delivered by Stephen Hodder President RIBA. "London as a Global Hub for Architecture.... and More". There were 22 Masters from other Livery Companies. The lecture was followed by a lively debate and a convivial reception.

12 February
At St Pauls Cathedral. A beautiful Evensong dedicated to the memory of John Penton - what a priviledge to sit in the "quire"
At Merchant Taylors'. An elegant reception following the service
On East Coast Train. Disruption to Wakefield via York and Leeds. Taxi from Leeds to Wakefield where car is parked. Shared taxi with Lebanese women. Rudimentary conversation in Arabic with 3 children