Election Court Dinner and the Joys of Giving

The Company's Annual Election Court Dinner followed the annual Service which was led by the Honorary Chaplain - the Rev Canon David Parrott and held in Hawksmoor's only City Church - St Mary Woolnoth. We had been driven from our customary home (and David's Church) - St Lawrence Jewry - by a Jazz concert scheduled for the same time in Guildhall Yard.
The dinner is the occasion on which the Company seems to give things away. Among our guests were four crew members from the RNLI Tower Lifeboat Station - Coxswain William Ellwood and crew members Sue Body, Paul Tattam and Richard Abbot. 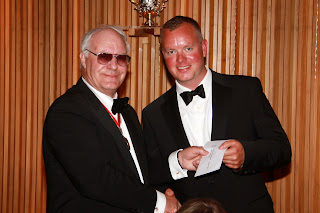 See here is William Ellwood receiving a donation from the Company to assist in the work of the RNLI.
Additionally, this is the occasion on which the Company's award to the person or organization which does most to raise the profile of the Architects Benevolent Society. This year's winner was Dawson Stelfox MBE who is one of those people for whom exercise and adventures are a way of life. He has climbed Mt Everest and, in order to raise funds for the ABS, has climbed practically there is to climb in Northern Ireland where his practice - Consarc is based. 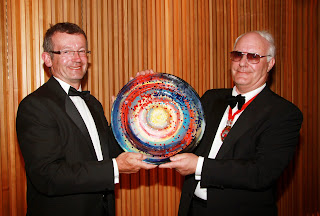 Dawson is pictured here receiving the award from the Master Edward King. This splendid trophy was painted by eminent architect (and ABS President) Dr Ken Shuttleworth.Close views of both front and back of the plate are shown below. 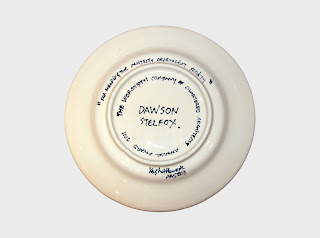 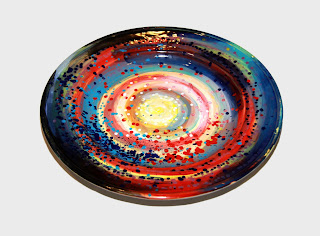 While presenting the Award, the Master also presented a cheque to the ABS Secretary - Keith Robinson (below)- assist the organization in the invaluable work they do for those in need on behalf of the profession. 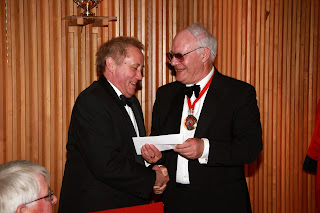 The final presentation of the evening was made to Richard Brindley who accepted, on behalf of the RIBA, a contribution from the Company to the Institute's Student Hardship Fund. 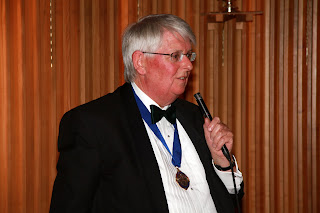 The principal guest was the Richard Summers - the current President of the Royal Town Planning Institute. In responding to the toast to the guests, Richard spoke about the issues facing both his own institute and the RIBA in connection with the forthcoming Localism Bill.
Posted by The Clerk at 7/12/2011 03:04:00 pm No comments:

A new Liverymen, three new Freeman, and a new Student...and the 'Shard'

At the Election Court held in a meeting room at Guildhall, the meeting received several new members.  In a simple ceremony they were each welcomed into the Worshipful Company of Chartered Architects of the City of London. 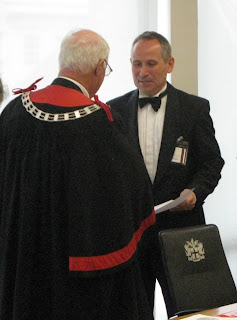 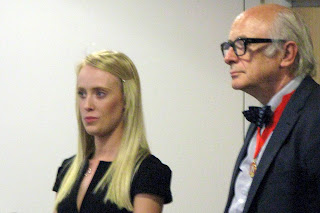 The WCCA Part I and Part II drawing prizes, 2011

Robert Ware, a RCA student,  won the WCCA Part II Drawing Prize 2011 with the drawing below: 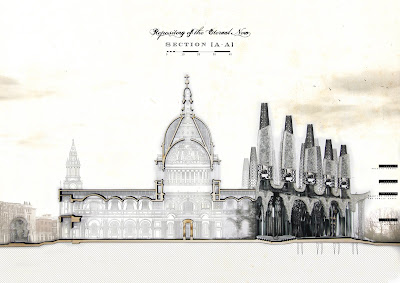 Adam Shapland won the WCCA Part I Drawing Prize 2011 with the drawing below: 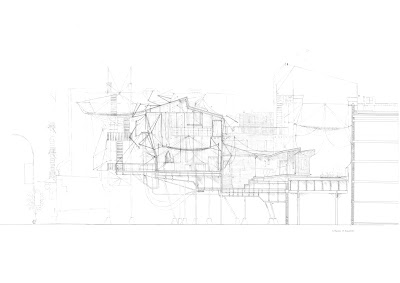