The new Master's Reception at the Bishopsgate Institute

The weather smiled benignly on Jaki Howes’ Master’s Weekend in Leeds and West Yorkshire putting the seal on an astonishing cornucopia of architectural and artistic delights.

Arrived at the Marriott Hotel, Leeds we were treated to an excellent dinner and an introduction to the Leeds architectural and urban scene by the last Civic Architect, John Thorp, who had nurtured the development and regeneration of the city centre since the 1970s to the current phase of ‘Renaissance’ up to 2012 and completion of the Leeds Area. And what a canvas to work on, with a basis of the mediaeval pattern of streets, alleys and narrow-fronted land subdivision into ‘burgage plots’.

John took us round the city centre on Saturday morning, beginning at the Corn Exchange(1862) with its incredible elliptical roof in which all outward thrust had been eliminated. Cuthbert Brodrick was the architect and seemingly his own engineer. Then we walked through the City Markets, a fine iron structure within a masonry façade. Onward and upwards through the County Arcade, of which the slightly later second phase (1898) was by the theatre architect Frank Matcham (who did not surprisingly design the Grand Theatre). Out onto Briggate (now pedestrianized) and across Headrow (Reginald Blomfield’s 1920s principal road lined with classical buildings, leading axially east to the site of the Quarry Hill flats (demolished in the 1980s, Leeds City Architect’s 1930s tribute to Viennese socialist mass housing). Northwards, past St John’s Church, a remarkable Gothic survival building of the 1630s, with a remarkably exuberant late Jacobean style interior, which some of us visited in the afternoon. John Thorp’s minimalist terrace lawns were much admired. 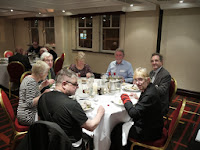 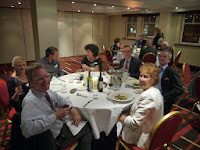 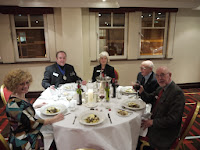 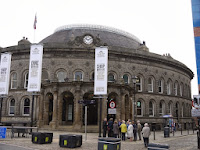 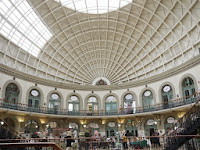 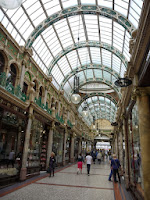 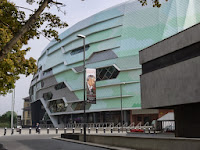 Through the 1960s Merrion Centre we reached the Leeds Arena, a 13500-seat auditorium based on the fan-shape of a Greek theatre, contained in an a curved sheath clad with variegated green aluminium shingles with diagonally cutaway entrance and glazing. It was John Thorp’s last grand project, big, bold but somehow indeterminate, I felt.

More to my taste was E. Vincent Harris’ Civic Hall (1930-33), late-classical, bristling with Lutyens’ details. We looked at the interior, embellished with a civic grandeur that now seems other-worldy. Finally to the Town Hall (1853-8), Cuthbert Brodrick’s masterpiece. We peeped in to the concert hall, where a choral festival of church music was in rehearsal, exploiting the acoustics to capacity. Lunch for some in the tiled hall of the Art Gallery, then an afternoon of pottering.

Eight of us made it to the Grand Theatre in the evening for a stimulating modern production of Benjamin Britten’s A Midsummer Night’s Dream. Appropriately the weather had belied late September.

Sunday began in Wakefield with a visit to the quirky orangery art centre. This classical 18th-century building now lurked alongside the main railway line and station. Their summer festival had included the construction of a painted fibreboard maze, unconvincingly painted in strident colours to resemble a bizarre dry stone wall. It was about to be demolished having fulfilled its function but the footfall around the intricate route to the centre could be retrieved as a more permanent and sustainable reminder. 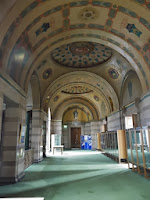 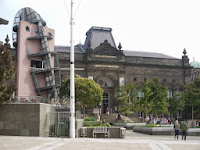 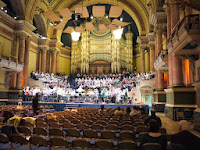 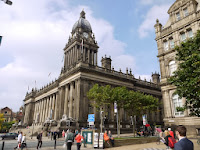 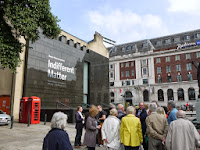 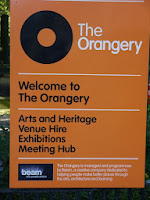 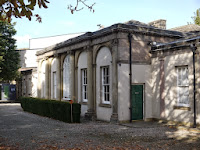 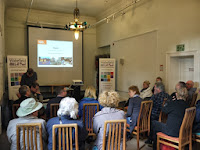 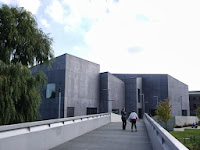 We made our way by coach out to the Hepworth Gallery, rather forlornly sited beyond out-of-town shopping facilities, but partly redeemed by its relation to the river. Apparently a half million visitors have been attracted in its first year of opening. But given the poor relationship and lack of signage to the historic town centre not many would probably have made the effort to the what historic Wakefield has to offer. A great pity, this.

The design by David Chipperfield split opinion. I felt that the dour grey fragmented outlines of the galleries was appropriate and contrasted with surviving 19th-century warehouses close by. The interior was distinctly minimalist giving a cool neutral background to the exhibits, which included a best of selection from the town centre art gallery which had now been closed. For me there was not enough Hepworth on display as themed exhibitions by two of her contemporaries seemed to dominate. However, there was an outstanding introductory exhibition setting the context of her work alongside her great rival Henry Moore. 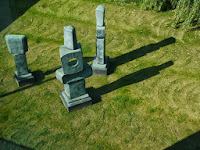 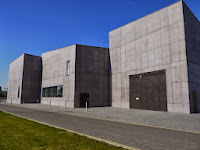 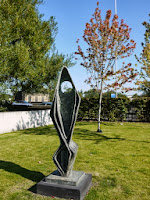 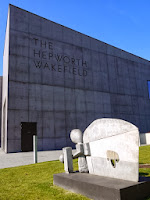 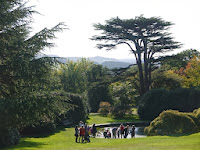 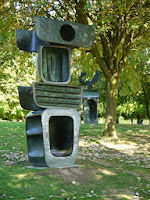 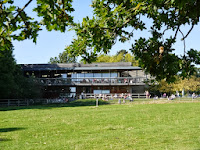 We set off through the suburbs, crossed the M1 and drove into the friendly countryside below the skyline of the moors. The Yorkshire Sculpture Park is now firmly established as a popular weekend venue, particularly on a sunny Sunday. After a sandwich lunch and an introductory briefing we set out to find our individual ways through the park, our routes punctuated by freestanding sculptures including Hepworth and Moore and contemporaries standing in the sweeping parkland of Bretton Hall. The landscape included a lake and overgrown picturesque landscape garden.

By diverse ways we returned to the coach and Wakefield station for the journey south. It had been warm up North and a rewarding start to Jaki’s year as Master which will long live in our collective memory.

Master's walk between all the livery halls