The Master's reception at the church of St. Stephen Walbrook 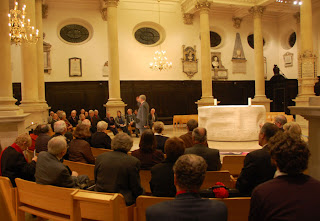 The reception was held on Tuesday 10 November in the Lord Mayor’s parish church of St. Stephen Walbrook : the finest Wren neo-classical church in the City of London, it is considered by some to be his finest and a forerunner for the design of St. Paul's. 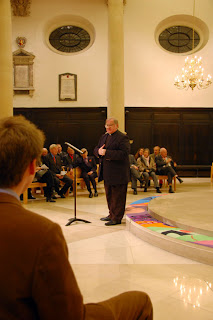 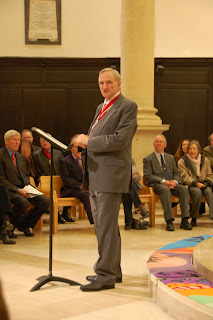 Those attending were welcomed by the Master and given a very interesting talk on the church and the theological reasons for its original and current existence by the venerable Peter Delaney MBE – the priest in charge. 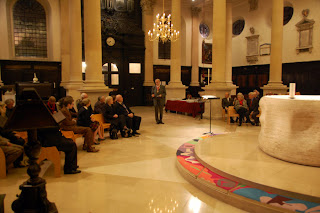 The church was constructed from 1672 to 1680, built of stone and rubble, at a cost of £9,412 12 shillings and 8 pence. Wren received the sum of 20 guineas for his design (at something less than 0.25% he was probably lucky that the RIBA had not yet been formed and that he had other sources of income). The circular plaster dome sits on 12 columns (with Corinthian capitals) that are set in a square. The transition from square to dome has been cleverly done. 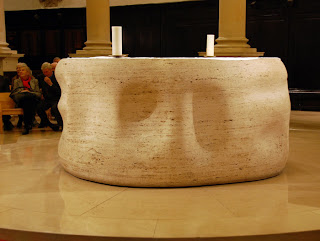 The Henry Moore Travertine Altar donated by Lord Palumbo, weighing 8 tons was delivered into the church in 1978 through a window during a refurbishment of the interior. Though it proved to be very controversial, its existence survived appeals to several ecclesiastical courts and continues to be both used and a subject of strong opinions to this day. The candlesticks are by Hans Coper and the altar kneelers by Patrick Heron. The Victorian pews were removed in 1888. The church has a seventeenth century triple-decker pulpit. 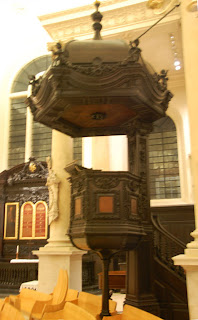 Chad Varah (1911-2007), then Rector of St. Stephen Walbrook formed the Samaritans from this church in 1953 and the telephone that was used for the “999 service for suicides” is displayed in the church today. Tel.No.MAN(sion House) 9000. 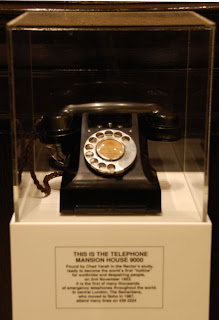 Among those who are buried in the church are Sir John Vanburgh, Robert De Courcey Laffan who with Baron Pierre de Courbetin formed the modern Olympic movement, and John Durham, a musician of the 15th century. 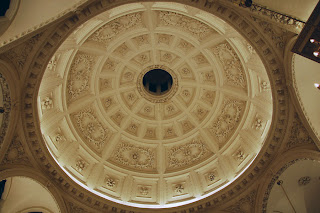 St. Stephen Walbrook is the London Internet Church .
thanks to Michael Wilkey for this post