At its main Livery Dinner in March the Company will announce the winner of its coveted New City Architecture Award for 2011. The eligible buildings / works of architecture are those which have been completed free of planning conditions in the year to 30 September 2011. The award is made specifically to the building which, in the opinion of the judges, makes the most significant contribution to the street scape and skyscape of the City of London. 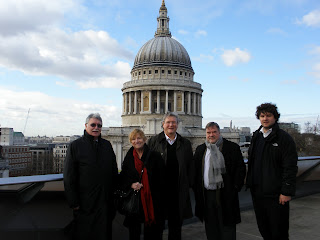 The assessors this year were Paul Finch OBE (Chairman), Michael Wilkey (the Master), Jaki Howes (The Renter Warden), Barry Munday (Court Assistant) and Alex Scott-Whitby (Student Member of the Company). They were assisted by the Clerk, David Cole-Adams, who led the way and organized the necessary food and beverage stops. By way of showing that they took their task seriously regardless of the weather they are depicted alongside rugged up against the unseasonal weather.
There were four buildings on the shortlist: 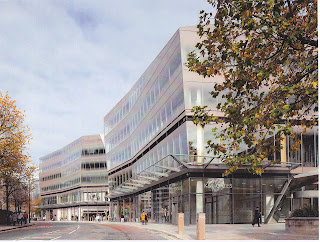 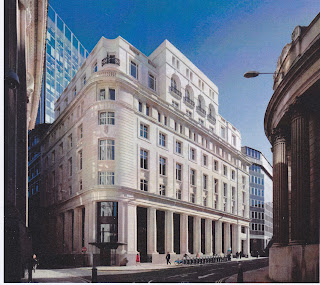 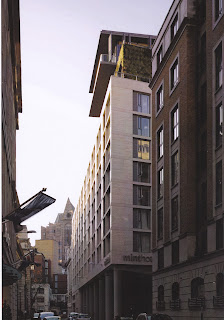 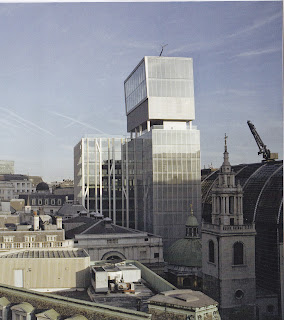 
As noted above, the Assessors decision will be made known on Wednesday 14 March - watch this space and feel free to register your comments on the likely or your preferred outcome.
Posted by The Clerk at 2/22/2012 04:45:00 pm